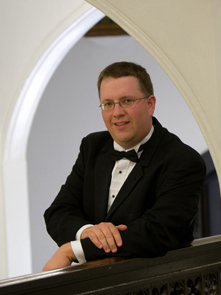 Dr. Michael Stewart is an Associate Professor of Music and serves as the Associate Director of Wind Studies and Director of the “Pride of the Southland” Marching Band at the University of Tennessee, Knoxville.  Beyond directing the marching band, Dr. Stewart conducts the UT Symphonic Band, Basketball Pep Bands, as well as teaching undergraduate courses in Music Education.

Dr. Stewart received his Bachelor of Music Education from The Ohio State University in Columbus, Ohio. His teaching career began within in the Delaware City School district (Delaware, Ohio) teaching music education to students from grades 5 through 12. Dr. Stewart received his masters and doctorate degrees from The Ohio State University where he served as the Graduate Assistant Director with the Marching Band and Teaching Assistant within the School of Music.

Current Students:  We have posted audition information for Fall Semester concert ensembles.  These bands are open to all UTK students.  All of the details can be found under the “Current Students” tab.