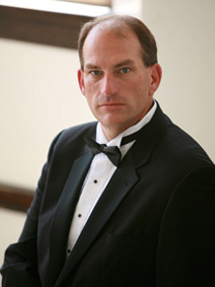 Dr. Donald D. Ryder is Associate Professor of Music and Director of Bands at The University of Tennessee. His duties include directing the “Pride of the Southland” Marching Band, conducting the UT Wind Ensemble, and administrating the UT Band Program. In 2014, Dr. Ryder conducted the UT Wind Ensemble for the premiere performance of “Up All Night” composed by Eric Knechtges for the Doc Severinsen Composition Award Concert at the CMS Southern Regional Conference. In 1991, Dr. Ryder was recognized by the American School Band Directors Association as the top high school band director in the country and was presented with the coveted Stanbury Award. This award recognized Dr. Ryder for his outstanding levels of teaching achievements with the Troy High School Band in Ohio. In 2003, Dr. Ryder was inducted into the Newton High School (Ohio) Hall of Fame. In 2006, he received the “Distinguished Alumni Award” from Bowling Green State University. Dr. Ryder served as the founding musical director/principal conductor of the “Southern Stars Symphonic Brass” a professional British brass band in Crossville, Tennessee. Dr. Ryder serves nationally as a clinician, adjudicator, and guest conductor in the field of instrumental music education and holds membership in many professional organizations such as the College Band Directors Association, National Band Association, American School Band Directors Association, Phi Beta Mu, East Tennessee School Band & Orchestra Association, and the Tennessee Music Educators Association.

Majorettes of all ages!! We are planning to host the 57th Annual UT Twirling Camp on June 18-21. The registration is now LIVE! Go to our website to register: Athletic Bands > Majorettes > Twirling Camp. The deadline is June 1 to register, but there is an “early bird special” for those who register before May 16.

High School Seniors: We still want you in the band program at UT!!  It’s not too late to submit a video audition for the Pride.  A link can be found under Prospective Students > Auditions or contact us at 865-974-5031 or utband@utk.edu.